Sorted out the copper brake lines I had been supplied, relatively logical, the longest is used to run from the front brake servo down the transmission tunnel to the rear “T” Piece. The next longest runs from the servo forward, around the side of the engine bay to the front “”T piece and then there are 4 shorter pipes that run from the front and rear “T” pieces to each of the wheels. The two slightly longer of these pipes are used for the rear.

So I started off routing and bending the pipes and securing with cable ties until I was happy with the final routes.

So first I ran the line to the rear of the car : 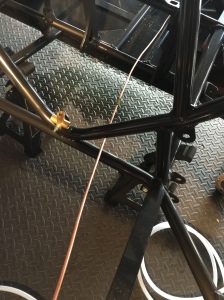 Then ran from the rear “T” out to the rear wheels 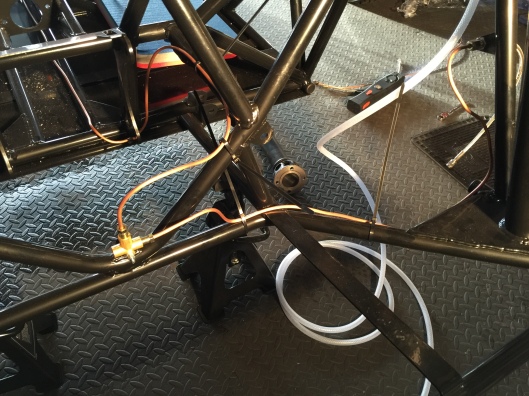 Then did the same running the line from the servo round to the front “T” : 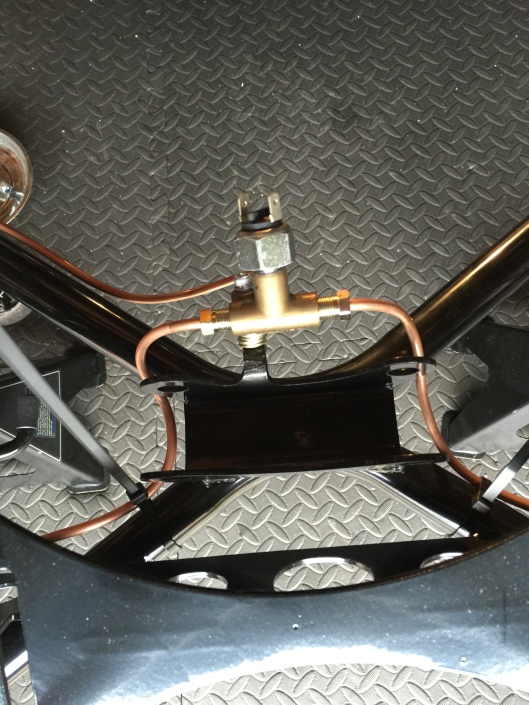 Once everything was in the right place, next step is to drill and rivet clips to hold the pipework in place. Guidance seems to be keep gaps no more than 6″ or so.

Before I did that I decided just to test fit (roughly) the fuel tank just to make sure none of the brake lines are fouled. Luckily everything seemed ok.

Then the final step ( although quite a time consuming one ) is to mark up and start riveting the pipe clips in place.

Carried on with riveting the pipework around the front of the car :

And then the same process down the centre transmission tunnel and finally at the rear of the car : 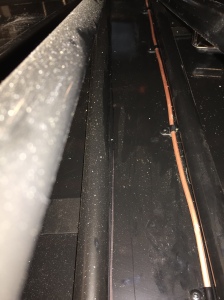 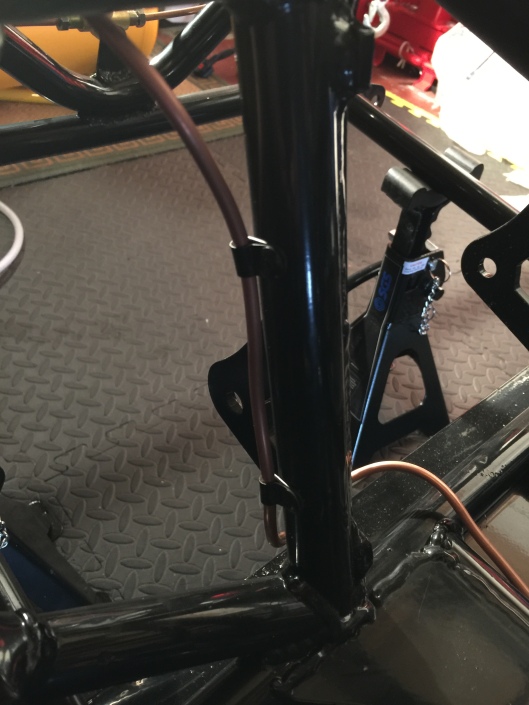 It was really windy outside today, so worked with the garage closed and a few lights on. Felt a bit of a man cave with the wind howling outside. Here’s a quick panoramic of my weekend den. ( it is tidier than this shot suggests….honest !!) 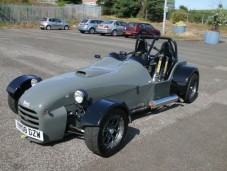 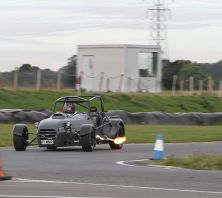 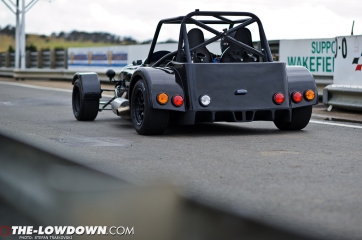 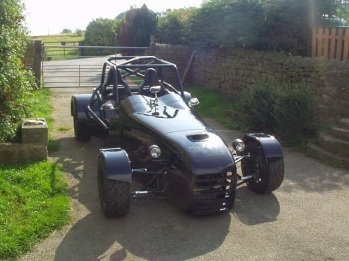 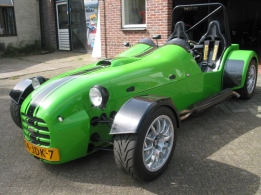 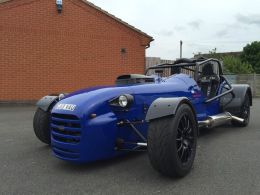